The Phoenix Zoo Fall Auction is now open! The auction will run from October 25, 2012 to November 25, 2012, with proceeds going to the Phoenix Zoo in order to support its vision of improving people's lives through interaction with nature, excelling in conservation, education, exhibition and recreation.

If you're looking for great holiday gifts or just want to treat yourself, look no further!  Auction items range from local resort stays to jewelry to items guaranteed to delight and surprise. So, tell your friends and family and let the bidding begin!

Over the past 50 years, the Zoo has been an essential participant in many important conservation efforts including Bornean orangutan, Sumatran tiger, Grevy’s zebra, black-footed ferret and – the most renowned, Arabian oryx.

By investing in us, you invest in conservation, nature, and the quality of life in our community for generations to come.

Black-footed Ferret
The Phoenix Zoo is a leader in the recovery of the highly endangered black-footed ferret. One of only six black-footed ferret breeding facilities in the world, the Zoo is proud to have produced more than 400 ferret kits since our program began in the early 1990s.

Bornean Orangutan
The Phoenix Zoo is home to a family of three Bornean orangutans in a breathtaking new exhibit. Orangutans in the wild are experiencing tremendous pressure due to habitat destruction. Michael, Bess and Kasih serve as ambassadors for wild orangutans, inspiring guests to take action to safeguard this species.

Sumatran Tiger
The Phoenix Zoo is creating a beautiful new exhibit for our Sumatran tigers. This state-of-the-art habitat will allow us to care for up to six of these critically endangered animals, expanding our involvement in the Sumatran Tiger Species Survival Plan® program.

Grevy’s Zebra
The Phoenix Zoo is dedicated to worldwide conservation of Grevy’s zebras. The Zoo supports conservation projects in Grevy’s zebra habitat in Africa, and through its successful breeding program, the Zoo also plays a key role in maintaining a healthy, sustainable population of these endangered animals in North America.

Arabian Oryx
The Phoenix Zoo played an invaluable role in saving the Arabian oryx from extinction.  In 1962, the Zoo established what was known as “the world’s herd,” taking in nine of the last remaining oryx to create a breeding group. Today, there are more than 1,500 Arabian oryx in the wild and nearly 6,000 in zoos and reserves.

Make Your Bid to Support the Conservation Efforts of the Phoenix Zoo!

Now is your chance to not only get all the great items you want, but to do it knowing you are helping support our local and global conservation efforts.

For more and more species of animals and plants, survival is an increasing challenge.  At the Phoenix Zoo, we believe we have an obligation to help wherever we can.  By themselves, zoos cannot cope with the immensity of this problem generally caused by human overpopulation.  But we must try to help where we can and hope others will join in the effort.

The goal of conservation programs at the Phoenix Zoo is to help preserve the diversity of life in nature.  Accordingly we work in both husbandry and research with the American Zoological Association's (AZA) Species Survival Plan (SSP), a cooperative population management program that aims to maintain a healthy and self-sustaining captive population of selected species. 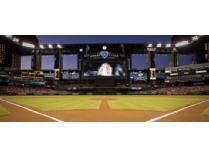 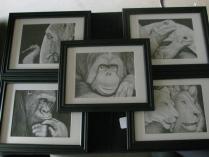 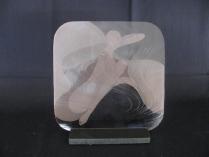 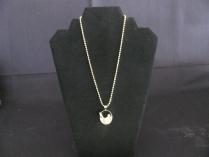 Why the Zoo Needs You

The Phoenix Zoo has been an integral part of this community for 50 years.  Your support helps the Zoo serve over 1.4 million people a year, care for approximately 1,100 animals, including hundreds of endangered or threatened species and has helped us become one of the most popular cultural attraction in Arizona.

The mission of the Phoenix Zoo is to provide experiences that inspire people and motivate them to care for the natural world.  The Zoo successfully delivers its mission through its programs, school and family activities, annual events and outreach programs that travel across Arizona.  The Phoenix Zoo has also gained international and widespread respect for its conservation and research work with endangered species.

As one of the largest non-profit, privately funded zoological parks in the country, the Phoenix Zoo relies exclusively on its own earned income and the support of members, donors and sponsors.  Now is your change to help support the Phoenix Zoo.