Auction of works from the critically acclaimed exhibition, WORD

We are proud to offer this select group of extraordinary art works from our current exhibition at The Hudson Valley Center for Contemporary Art (HVCCA) in Peekskill, New York.

These exceptional works are sourced from HVCCA’s first ever juried exhibition, “WORD: Word in Art / Art in Word,” an exploration of the diverse use of written text through different media. While also featuring iconic works by celebrated artists like Anne Hamilton and Oscar Murillo, “WORD” also presents uncharted talents within the Hudson Valley Region. Out of 140 applications, our jury worked painstakingly to identify those artists whose works showed not only immense intellectual and creative rigor, but also the potential to grow beyond their current success. Several of these artists works will be offered at auction for the first time, making this a unique opportunity to own exceptional work created by promising artists at the start of their careers.

Laura Kimpton and Jeff Schomberg’s celebrated steel installations enlarge the sentimental and iconic until their meaning is both overwhelming and revelatory. Mounted on steel, Peter Ruprecht’s photograph of the 2015 Dream sculpture captures the immensity of the original work with a dreamy fisheye effect, while the lighting, both soft and stark, emphasizes the transitory nature of the Burning Man festival, where Kimpton’s work is created and then destroyed.

Barry Mason’s painting Ancestral Calling, 2005, brings disparate canvases together, creating a compositional unity while emphasizing the sharp angles and distinct shapes. Letters are layered in broad strokes of oil paint, almost indistinguishable at first glance. Ricocheting between chaos and harmony, Mason’s work is a breathtaking interpretation and tribute to the creation of a personal African­ American identity. 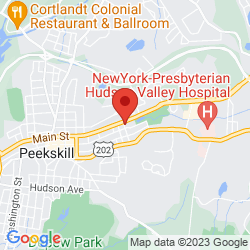 40% of sales go to the support of the HVCCA, a nonprofit institution.

Situated within the stunning natural landscape of the historic Hudson Valley, HVCCA's mission has been to use contemporary art as a springboard to cross cultural understanding and intellectual growth. Marc and Livia Straus, renowned collectors, were inspired by a tour of their illustrious collection to five university museums from 1998 to 2001. As a celebrated educator, Livia was deeply touched by their interactions with student groups of every age. In 2004, she and Marc, along with their children Ari and Sarena, proudly launched the HVCCA. Since then, they have inspired over 200 emerging artists to set up residency in the surrounding area, revitalizing the city of Peekskill. Events, such as Peekskill Project, a free public arts festival which has now had 7 iterations, introduce cutting edge contemporary art to the public while highlighting artists who work in experimental and non­commercially viable disciplines. HVCCA is also invested in the repurposing of abandoned buildings, businesses, and public spaces, supporting their mission of taking art out of the museum and into the community. 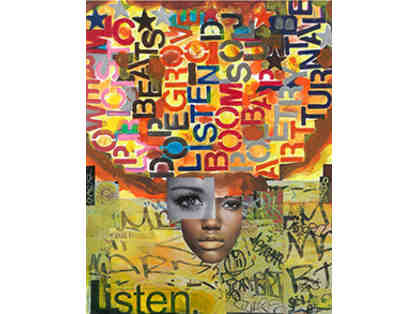 "I still luv her" by Lance Johnson

"Voices: A Sculptural Book" by Thielking & Brunett - Groups of Five 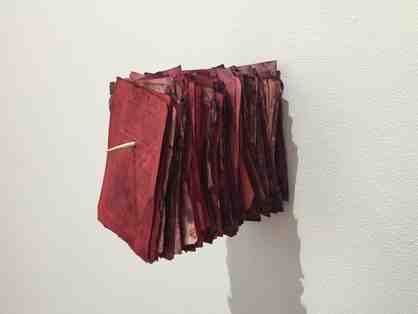 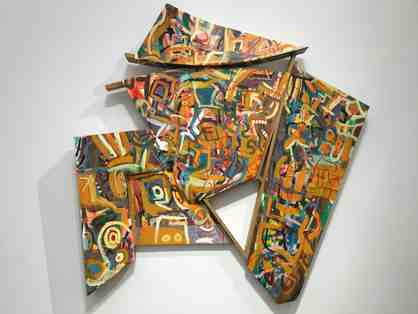 "Let the Positive Come Out" by Laura Kimpton 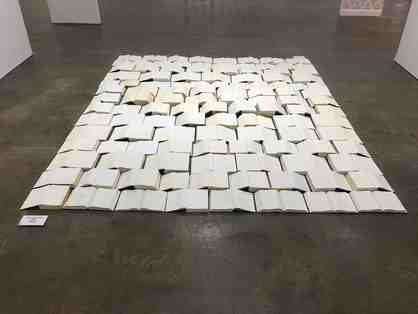