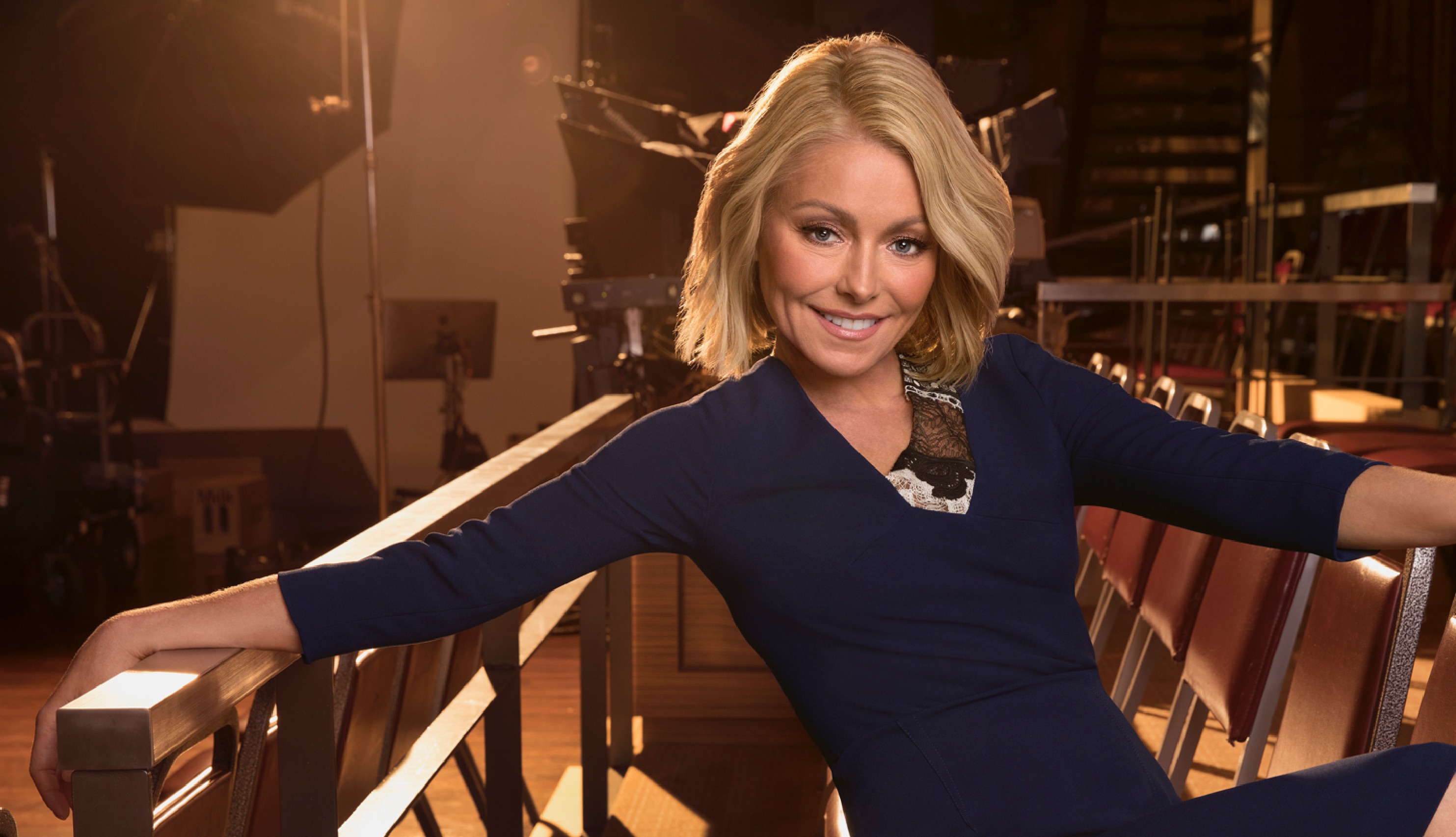 “Live with Kelly and Ryan”

Entrepreneur, host, actress and producer, Kelly Ripa, is one of the most powerful voices in media, with a diverse body of work both on and off camera.

A household name for nearly two decades, Ripa has anchored the award-winning top morning talk show “Live” franchise for 16 years. In May 2017, it was announced that Ryan Seacrest will be her new permanent co-host. Ripa has established “Live” as a major destination for politicians, entertainers, athletes and other cultural icons. Ripa’s accomplishments extend beyond daytime television as she has evolved her career as an entrepreneur, producer and designer.

Beginning her entertainment career as an actress, Ripa’s success spans numerous celebrated television series. Most recently, Ripa guest-starred on an episode of the hit comedy series Broad City, where her performance, playing an alternate side of her television persona, was met with rave reviews. In 2003, she ventured into primetime, starring in the half-hour sitcom, Hope & Faith as “Faith Ford.” The series ran for three seasons on ABC. Prior to this, Ripa concluded her 12-year tenure as “Hayley Vaughan,” the role which launched her career, on ABC’s beloved daytime drama, All My Children. For her performance on the successful show, Ripa won three Soap Opera Digest Awards, two for Outstanding Younger Lead Actress and one for Hottest Romance, which she shared with her real-life husband and co-star, actor Mark Consuelos. In addition, Ripa received three Daytime Emmy® nominations, two for Outstanding Supporting Actress in a Drama Series and one for Outstanding Younger Actress in a Drama Series.

Ripa’s versatility and breadth of character lent her to other on-screen opportunities including a recurring role on the hit NBC series Ed; an appearance in the telefilm It’s a Very Merry Muppet Christmas Movie; as well as late night TV’s most coveted role, hosting Saturday Night Live. In addition, she voiced guest appearances on the popular animated series Kim Possible and Duck Dodgers. In 2007, Ripa hosted the “50 Funniest Women Alive” special on the Oxygen network, adding to notable credits including hosting the TV Land Awards twice in 2007 and 2012. Ripa has also served as host of the annual ABC “Walt Disney World Christmas Day Parade” for the past nine years, receiving a 2006 Daytime Emmy® Award for Outstanding Special Class Special, and nominations in 2007, 2008 and 2009.

In film, Ripa appeared in the acclaimed Miramax film with Meryl Streep and Leonardo DiCaprio, Marvin’s Room in 1996. Following, she won the Best Actress award at the New York International Independent Film and Video Festival for her lead role in The Stand-In. Furthermore, she also was part of the voice cast of the computer-generated animated feature Fly Me to the Moon.

Through her NY-based production company, Milojo Productions, now in its tenth year, Ripa works alongside her husband, Mark Consuelos to bring powerful stories to life. The company, which champions top-of-the-line documentaries, has partnered with several successful comedy writers and sold several scripted projects to ABC, a dark comedy to HBO, and a musical comedy to ABC Family (now known as Freeform). They have also developed and produced for many other networks such as Logo, Bravo, VH1, CMT, HGTV, TLC and Discovery. In addition, Milojo has produced an Emmy®-nominated documentary called The Streak for ESPN, and a critically acclaimed documentary Off The Rez for TLC, both which premiered at the Tribeca Film Festival. The company has been involved in such projects as Masters of Reception, Homemade Millionaire, Dirty Soap, Cheer, Secret Guide To Fabulous, My Diet Is Better Than Yours, Secret Guide to Summer, and the New Now Next Vote election specials with Wanda Sykes. Their newest docu-series for Logo, Fire Island, premiered in April 2017. Furthermore, they are deeply involved in the digital space with multiple web series’ both past and present, including their current series for YouTube’s AwesomenessTV, Joffrey Elite.

As an entrepreneur and designer, Ripa has two exclusive home lines at Macy’s and Joann’s Fabrics, where her products are trademarked by vibrant colors and patterns that speak to the current trends in interior décor.

Ripa has earned numerous accolades over the years including the prestigious Excellence in Media Award from GLAAD in 2015, for her efforts advocating for equality and dedication to driving acceptance forward. She is consistently recognized by The Hollywood Reporter’s as part of its annual Women in Entertainment Power 100 list, and was recently acknowledged as one of the 35 Most Powerful People in NY Media. In October 2015, Ripa was honored with a star on the Hollywood Walk of Fame.

Ripa is actively involved with the Ovarian Cancer Research Fund Alliance (OCRFA), the largest global organization dedicated to advancing ovarian cancer research while supporting women and their families. OCRFA engages the survivor community with programs like Woman to Woman, pairing gynecologic cancer patients with gynecologic cancer survivors and Survivors Teaching Students®: Saving Women’s Lives, an educational program connecting ovarian cancer survivors with health professional students to present their unique stories and facts about the disease. Since 2004, she has hosted the organization’s popular Super Saturday event, which is held every year in Water Mill, New York.

Ripa met her husband Mark Consuelos on the set of All My Children. The two married in 1996, a year before their characters married on-screen. The couple lives in New York with their three children. 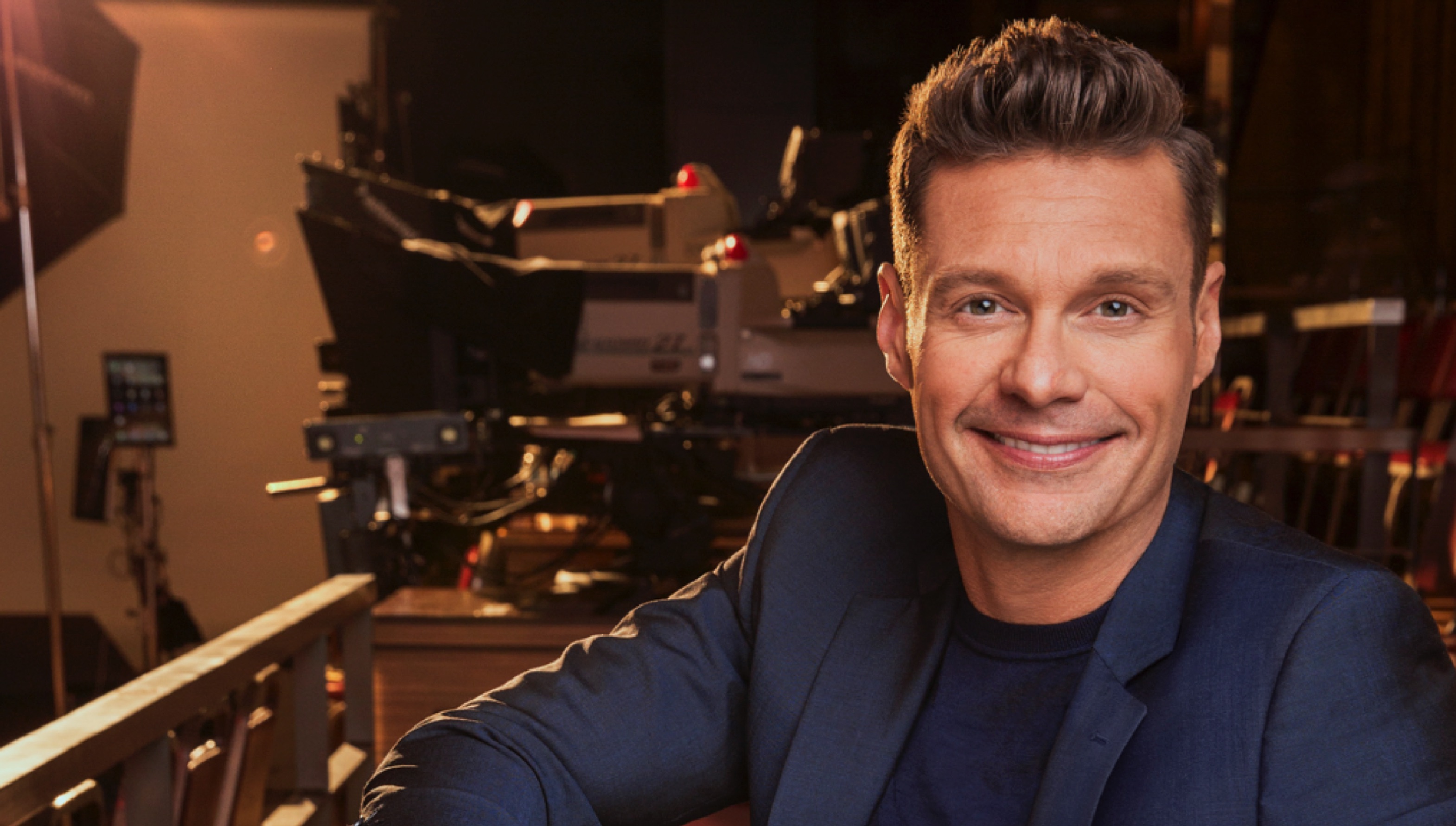 "Live with Kelly and Ryan”

Ryan Seacrest holds preeminent positions in broadcast and cable television as well as nationally syndicated radio and local radio, and he now joins the Emmy-winning team at “Live” as permanent co-host alongside Kelly Ripa.

His entrepreneurial interests have led to his involvement in a diverse range of media and entertainment companies, while his philanthropic efforts—focused on youth-oriented initiatives—are having a significant impact nationwide.

As an entrepreneur, Seacrest has investments in media and entertainment companies including Civic Entertainment Group, a marketing services company, Pinterest, and attn:, a news media company targeted at millennials through Seacrest Global Group. He has also made independent investments in DigiTour Media, an emerging media and entertainment company that creates and produces IRL (“in real life”) YouTube experiences in the form of concerts, Headspace, a mobile-first wellness brand, as well as the cable network, AXS TV.

In the fall of 2014, he launched a men’s tailored clothing and accessories collection, Ryan Seacrest Distinction, exclusively at Macy’s. It has become one of the most successful menswear launches at Macy’s in the last decade. This summer, Seacrest plans to launch Polished by Dr. Lancer, a new men’s skincare business formed in partnership with famed Hollywood dermatologist Dr. Harold Lancer. He also has long-standing endorsement relationships with blue-chip brands including Coca-Cola and Ford.

His philanthropic efforts include serving as chairman of the Ryan Seacrest Foundation (RSF). Over the last eight years, RSF has opened ten broadcast media centers – Seacrest Studios – in pediatric hospitals in cities across the country. Dedicated to inspiring today’s youth through entertainment and education-focused initiatives, Seacrest Studios allow child patients to explore the creative realms of radio, television and new media.

Seacrest also serves on the board of the Los Angeles County Museum of Art (LACMA) and as honorary chair of the Grammy Foundation.

Click here for more information on Live Kelly and Ryan.

Certificate confirms that you and 3 guests will be members of the "LIVE Kelly & Ryan Show" studio audience.

Winning recipient must make reservations at least two to four weeks prior to the date that you would like to attend. Please have at least two option dates available to attend before calling. Your name will be placed on the Guest VIP List. In order to assure seating, please arrive at the studio no later than 8 a.m.

Children under the age of 18 must be accompanied by an adult and children under 10 years of age are not permitted. Eating, drinking or smoking in studios is not permitted. ABC prohibits weapons of any type on its premises. Any guests who attempts to carry a weapon onto the premises (including an individual who may have a legal right to carry a weapon) will be denied access to the event. Please be advised that prior to entering the event, all guests will be required to pass through a metal detector.

Original letter must be presented upon arrival, as it will serve as your ticket. Certificate expires on April 28, 2020. No extensions are permitted.

Buyer is responsible for all shipping expenses. Applicable Shipping Fees will be billed to the winning bidder's credit card on file.

Your privacy is important to us, so LA Marriott Business Council will keep your personal data secure and LA Marriott Business Council will not use it for marketing communications which you have not agreed to receive. At any time, you may withdraw consent by emailing Privacy@frontstream.com or by contacting our Privacy Officer. Please see our Privacy Policy found here PrivacyPolicy.