A pyramid functions as a transmitter for directing intention. By charging it up with thoughtform, it will be manifested. It has been tried that a pyramid regenerates the natural flow of energy circulation in the body, strengthens the power of intention and harmonizes the environment.

A clear aim for using the pyramid is relevant, because it will come to life surprisingly soon. Place it in a conspicuous place for yourself around 0.5 ? 1m high from the floor and orient it using compass so that the side is parallel to the North-South axis. It is your personal thing, so keep it safe.

10 Ways of using the Orgone Pyramid
1. Write down one single goal that you wish to achieve with this pyramid in a fulfilled form, at a new moon;
2. For money enhancing, place a 5 USD banknote under it;
3. Meditate, holding it in both hands;
4. Purify water by placing the pyramid on top of a water utensil;
5. Remove pain by placing the pyramid on the painful spot.
6. For protection from electromagnetic radiation, place the pyramid between yourself and the radiation source;
7. Neutralize the geological vein radiation by placing the pyramid on the point of the vein intersection.
8. Charge it with your energy, holding it in hands or putting open palms towards it for 2 minutes;
9. Charge it keeping it in sunlight for 1 day and moonlight for 1 night.
10. Purify it, leaving it under cold running water for a few minutes, put some salt on first. 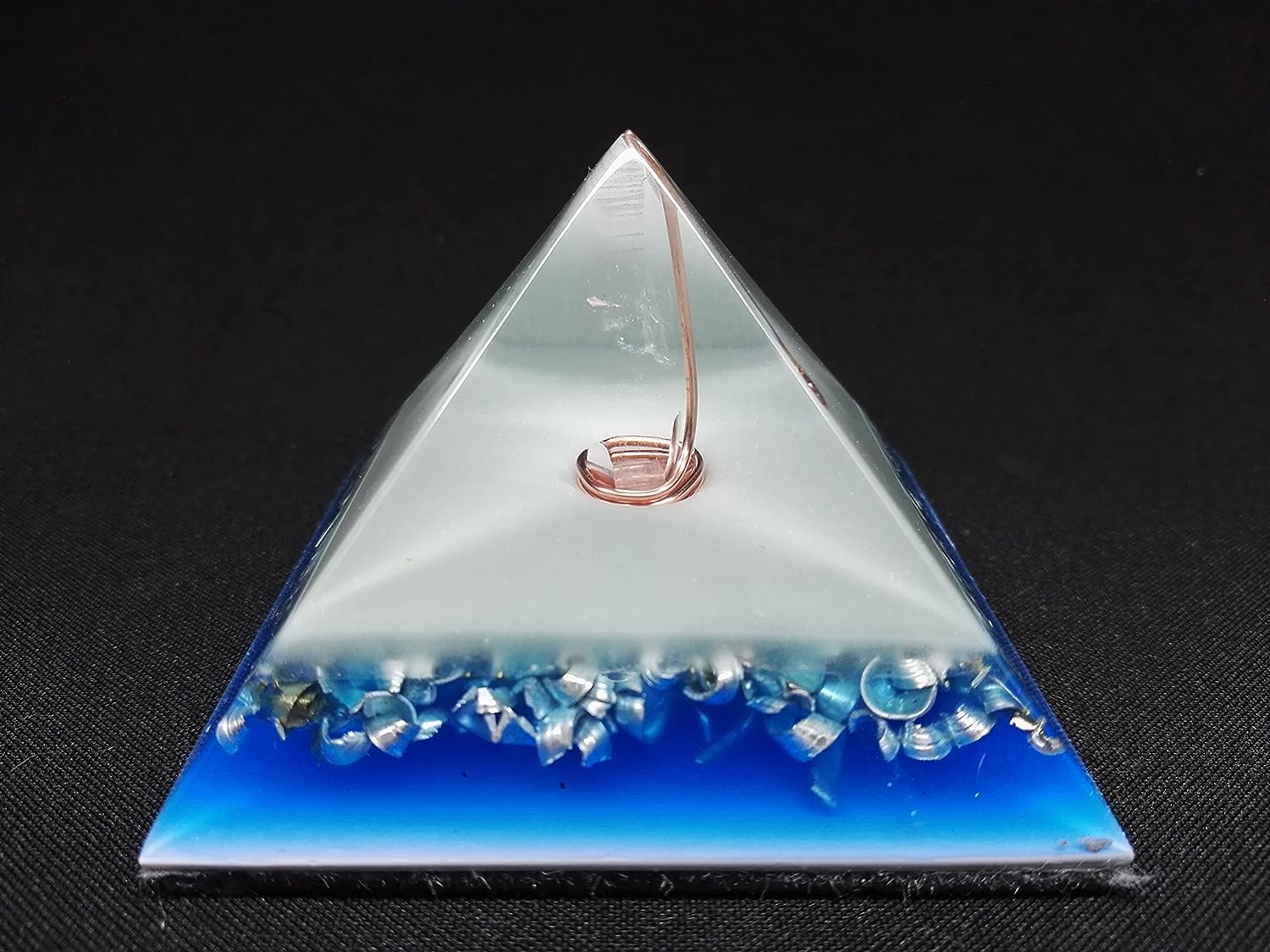 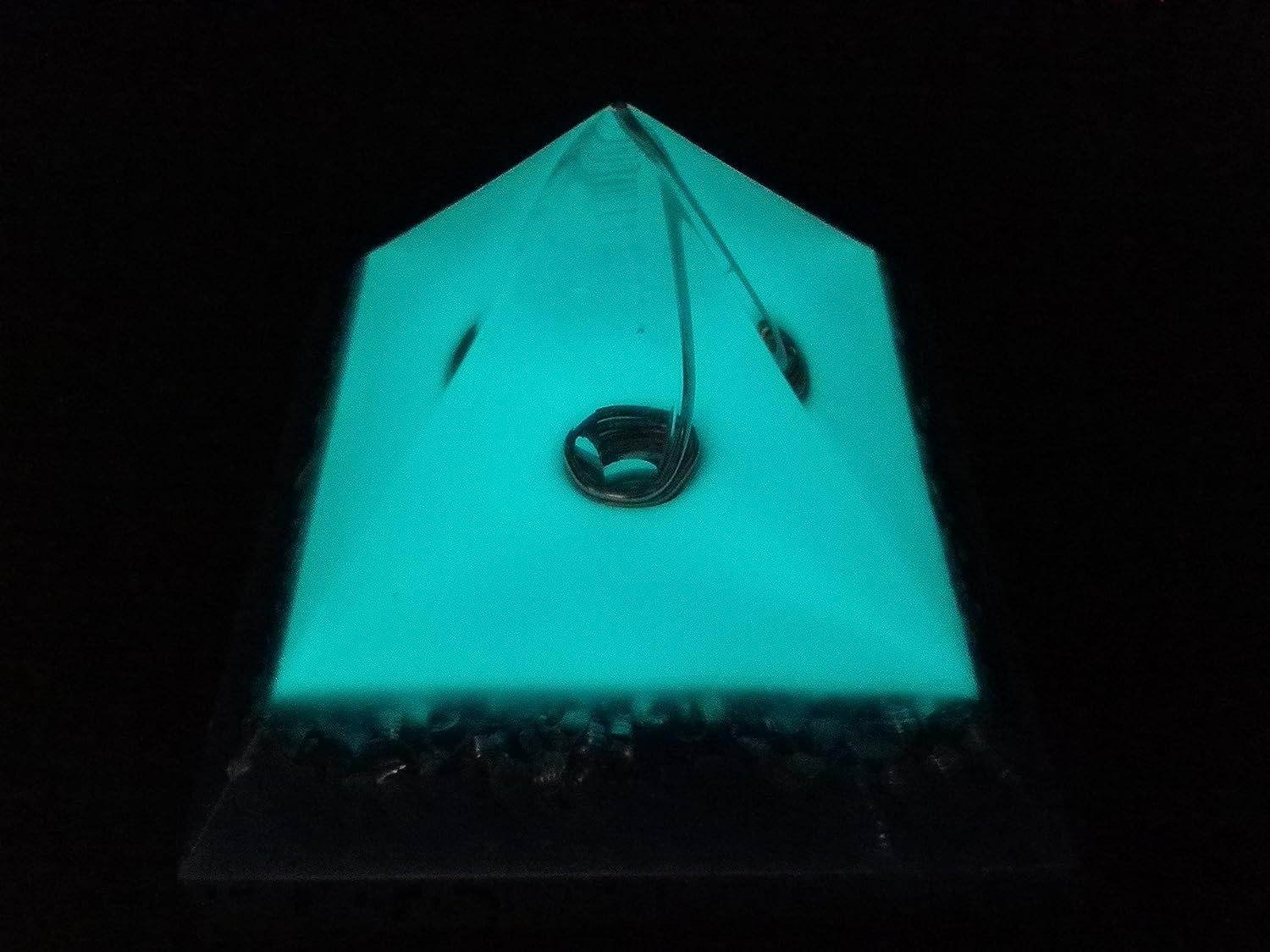